We are operational. Due to COVID-19 pandemic, Outsource Data Recovery lab and recovery services are operating at full capacity. At this time, we accept FedEx/UPS/USPS shipments only and do not accept drop-offs. Use our free free shipping labels to your advantage. For immediate support, chat with us or call 1-800-573-4909
Blog
Data Recovery Industry and Company News
Outsource Data Recovery / Data Security / Facebook Removes Its VPN Onavo From Apple’s App Store

Virtual private networks (VPNs) are great in theory, as they can provide you with anonymity when browsing the internet. However, there are providers willing to abuse the privilege. Enter Facebook, a company that seems to have a tenuous grasp at best on what data protection is. And now Apple has taken them to the woodshed, punting Facebook’s VPN Onavo off its marketplace.

Apple continues to adhere to strict privacy standards for all apps offered on its marketplace. Due to these standards, the company decided that Facebook’s VPN Onavo didn’t live up to their standards and removed it from the marketplace.

If you haven’t heard of Onavo before, it’s a virtual private network offered by Facebook, where you use their servers to connect to the internet on your mobile device. In theory, it works similar to other VPNs by masking traffic through data encryption. However, where Facebook’s VPN differs from others is its other operations. 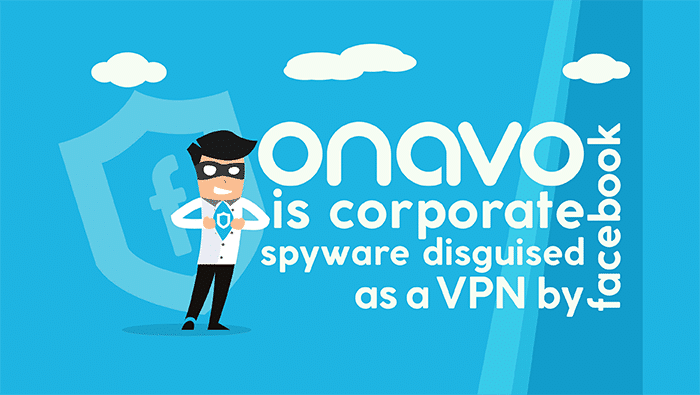 Wired discovered Onavo’s tracking abilities are more expensive than most VPNs. To demonstrate, many providers will only have the app on in the background when you’re using a web browser whereas with Onavo, it’s on all the time. This indicates it can track all of your online behavior, including how you use other social media apps.

In an interview with Wired, security researcher Ankur Banerjee remarked, “Unlike other providers, Onavo tries to keep the VPN connected all the time and channel all internet traffic. Even turning the VPN off is buried deep inside the settings of the app rather than making it front-and-center on the app page. They could spin this as saying they’re trying to keep the customer protected all the time, but the obvious thing they are perhaps trying to do here is to ensure the user forgets Onavo exists.”

How Do I Delete It?

If you have downloaded the app, you can uninstall it easily. To do this:

Facebook’s attempt at developing an intrusive VPN should serve as a reminder that some providers don’t have your best interests in mind. In saying that, it’s important to investigate each offering before deciding on a provider. Some of the things you should search for are:

This can tell you how the app operates, what data it stores, and even who it can share it with.

Reputable VPNs won’t store your data on their servers. In fact, some will even offer proof they won’t do so.

Sometimes, free isn’t the way to go. The Privacy Guy told Wired, “If you’re not paying for the product, you are the product.” Reputable VPNs charge a small monthly fee, but with it, you gain access to a full suite of features such as unlimited data encryption and more.

Ultimately, encrypting your data can be a smart way of protecting your information. And if you ever have files corrupted due to malware, hardware failure or other issues, the team at Outsource Data Recovery can help. Using state-of-the-art tools and industry-leading expertise, we can help you recover your files in a secure and affordable manner. Contact us today to learn how.